What is Functional Neurology?

Functional neurology is the field of study which applies current neuroscience in an office setting.  The Functional Neurology Center at Ewer Specific Chiropractic focuses and assists those patients who may have hit a “road block” on their way to healing.  By observing and utilizing various eye movements, Functional Neurologists find dysfunctional nervous systems and retrain pathways in the brain.

Is Functional Neurology for everyone?

Although everyone can benefit from the science of training/retraining brain receptor pathways, Functional Neurology can best be served to patients with serious deficits.  Some of these areas may be:

How Long Has Functional Neurology Been Around?

Since 1979, Dr. Frederick Carrick, DC, PhD & the Carrick Institute have been the leading authority in clinical neurology.  Dr. Ewer has served Greensburg and the tri-state area for more than 20 years.  An avid learner, Dr. Ewer has aggressively been  acquiring advanced functional medicine best-practices to enhance his already successful practice.

What is Functional Neurological Disorder (FND)

Functional neurological disorder is a condition in which a person experience  symptoms such as movement disorders, sensory issues, muscle weakness, vertigo, and much more.  Patients often have structurally normal brains, however the brain functions incorrectly.

Contact us to learn more about how functional neurology can help both you and your family stay on the road to optimal health.

With a drive to both serve and educate, Ewer Specific Chiropractic is committed to listening compassionately to your unique needs and helping you to understand your options. 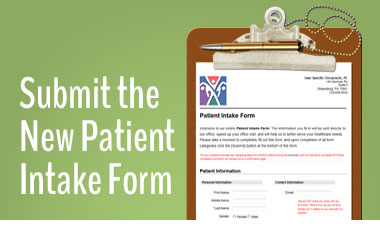